Dr Michael Crane studied Chiropractic at RMIT in Melbourne. After completing the five-year, full time double degree course in 1996, he began practicing full-time as a Chiropractor in the inner eastern suburb of Hawthorn.

It was during these university years that Michael explored the various practice styles within the Chiropractic profession; some orthodox, some unorthodox.  Michael prides himself on offering a clinically effective but time and cost-effective service. His attitude to his patients and practice experience, allows this to happen. He feels it’s important to be kind and respectful to every patient.

The consultations he provides are longer, individualized and specific to the needs and wishes of his patients. Michael treats a broad range of people such as school age children to those in their senior years, pregnant women and athletes.

In 1999, he furthered his education, completing postgraduate studies in Sports Chiropractic. This has enabled him to deal with a broader range of injuries.

Athletes from a wide variety of disciplines and levels have become patients of Michael and regularly see him to help with their sporting health. Michael has built a successful practice providing quality care for his patients and continues to enjoy working life as a chiropractor.

In late 2019, Michael relocated his clinic from Hawthorn to Deepdene, to consolidate his practice with his growing furniture business. 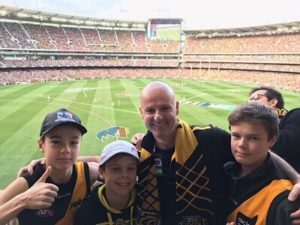 On a personal level, Michael is a health and fitness fanatic himself, and has participated in a wide range of sports and recreational pursuits over the years. Part of the success in these sports has been attributed to having regular Chiropractic care.

Michael loves his Aussie Rules football and is a passionate Richmond fan. Michael was born in Melbourne and grew up in the eastern suburbs. He is married to Michelle who is also a Chiropractor in Lower plenty. They have four children who ironically barrack for Richmond too!

Luca is a passionate Myotherapist whom joined the Deepdene clinic in early 2020. He completed the RMIT Advanced Diploma in Myotherapy course in 2019. He arrives with experience having worked as a clinical massage therapist and providing great results for his patients.

Luca has a personal interest in playing sports such as Australian rules football, cricket and basketball, and subsequently has a passion for assisting those involved in these sports. To advance his knowledge base in the area of sports injury management, Luca is currently studying an Exercise and Sports Science Diploma at Deakin University.

Luca truly enjoys assisting his patients with achieving their health care goals. The nobility of making a positive impact to their lives, is what attracted him to being part of the healing arts. 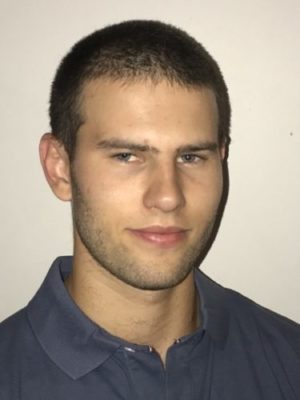 Outstanding chiropractic care in the heart of Deepdene